How Your Bedroom Window Treatments Can Improve Your Sleep Interruptions in sleep and decreased quantities of rest can result in numerous problems, including chronic conditions such as obesity, diabetes, high blood pressure, heart disease, stroke, and mental distress.

There are many reasons that people miss out on quality sleep. Problems are often attributed to caffeine consumption, alcohol usage, or simply not enough time in the bed. Most people are aware of the problems associated with too much screen time before bed attributing to problems unwinding and falling asleep. However, many individuals are unaware of the issues associated with too much light in the bedroom at night.

A study by Ohio State University revealed that chronic exposure to even dim light at night can cause symptoms of depression in rodents. The study concluded that any harmful effects can be reversed by returning to “a standard light-dark cycle.” A more recent study by Oxford University for the Institute of Cancer Research showed that women were prone to weight gain if their bedroom was “light enough to see across.”

Tips For A Good Night’s Sleep

Certainly, blocking out light pollution and removing interior sources of light within the bedroom will help reduce sleep problems, but there are other methods of improving sleep quality.

The History of Light at Night

The Geffrye Museum in London offers a history of the home. The curator, Alex Goddard, notes that there may be a trend towards more light in bedrooms over the past century. “In the Victorian period it was all the rage to have very heavy, fulsome curtains,” Goddard says. “People liked really luxuriant fabric. Now they don’t as it’s hard to clean.”

Today there is a general rise in light sources, such as more street lights, car headlights, advertisements, and nearby buildings. In smaller neighborhoods, people are leaving porch lights on and even the lights from holiday decorations brighten up the sky at night.

According to a 2016 study, “World Atlas of Artificial Night Sky Brightness,” 80 percent of the world experiences light pollution at night. Additionally, 99 percent of those living in the United States and Europe can never experience a natural night sky.

Added to this increase in outdoor light sources is the rise of interior lights, including night lights, alarm clocks, televisions, and electronics, such as tablets or phones, used in bed. All of this excess light has interfered with sleep quantity and quality.

Home decor styles have only compounded the situation.

People have moved away from thick draperies in their bedrooms to thin sheers or blinds. The interior design trends have leaned more towards lighter, cleaner looks that are available with linens and sheers, which offer privacy, but do not block out light. The use of these window treatments have provided the crisp, airy appearance that is desired, but it has an unwanted side effect. Bedrooms are left dimly lit throughout the night hours, rather than being truly dark.

Instead, people should seek out room darkening options, such as indoor or plantation shutters, woven woods and Roman-style shades with a blackout liner, or cellular shades with blackout and room-darkening options. Many people are beginning to fight light pollution with custom-made draperies and returning their bedroom to the quiet refuge for peaceful sleep that it once was. 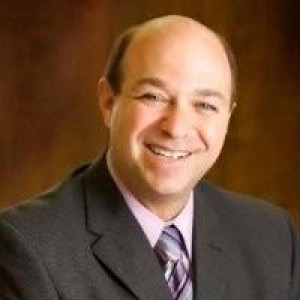